This Is Autism. An interview with 9-year old Bean.

Written by and originally published at Deceivingly Normal 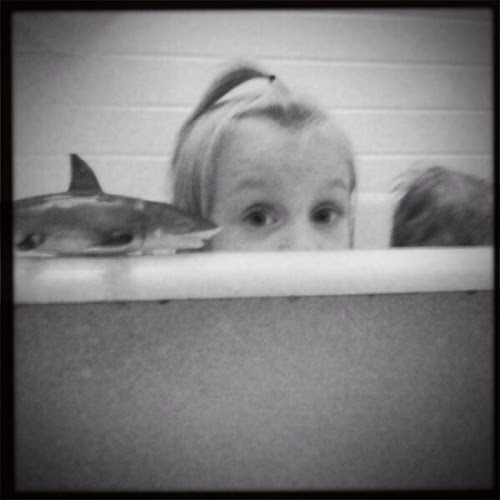 I decided to ask Bean what Autism is in the spirit of the AutismFlashBlog going on (check it out).
This is how it went down:
>Bean, do you know what Autism is?
I don’t know
And I don’t really care.
I don’t know about Autism and Asperger’s.
>Do you think Autism is good, or bad, or just a thing that is.
I don’t know if it is good or bad. I really don’t know actually. It is just me.
>Asperger’s is a type of Autism and Asperger’s basically means that you think differently than others. That you may see things differently and feel things differently. Perhaps when someone looks at a car they just see a car. But when you look at a car you see the patterns on the license plate, or the colours in it and a scratch that nobody else notices. Sometimes you might be overwhelmed because you notice too much, too many sounds, too much light. But it is your ability to really see things that helps you to see things others sometimes miss. And because you like to really know things about things you like, and you learn all about them and never get tired or learning about it or practicing, you become a specialist in things. And that is really cool!
I see your eyes and your nose and your blond hair and your shirt, with the lines in it. Scritchy. And the wall with its lightish colour and the spots on it.
>Sometimes it can be challenging to be autistic. To think differently and have people not understand the things you do.
I don’t like it when people ask me to repeat something they said, like “say sorry”. I just can’t. I can’t say their words.
>That’s true. You can’t do that. Maybe someone without Asperger’s might be able to do it more easily, even if they didn’t want to, but you really can’t. And that’s kind of cool, because you stay true to yourself. You will say sorry if you feel badly, but you will say it your way.
Yeah, I can’t really say other peoples words. I can’t.
>So, now that we’ve talked about it, and you understand a bit better…what do you think Autism is?
Autism is actually being different. Some people have an autism that is less than others and those people can be in groups more easily because not everybody knows they have autism. But the others, he has more autism and he is bullied. And that is wrong because he shouldn’t be.
Because some people that have different autisms kinda can’t really speak English, and they have trouble with things and fitting in and they are more easily bullied. People don’t understand them and they can’t say what they are needing or feeling.
Bullies look for people who are the easiest. And that’s wrong because if you have a more autism and you can’t protect yourself and people should be kind to everybody because everybody needs a friend.
Everybody has to have a friend.
Bullies don’t like peopel with friends. Nobody should be bullied.
>Do you know which type of autism you have?
I don’t know.
Less autism.
I know because if I had the more then I would know because you can’t really talk. Maybe they can’t hear or something.
(I interject with an explanation about what deaf means and how anybody – autistic or not – can be deaf)
>Do you think that people who have “more autism” are able to communicate with others?
Yes. But I don’t know how.
(I explain some different methods of communication)
Oh. Ok.
(I ask if she would be friends with someone who had more autism than herself)
I would.
Because just because you are different doesn’t mean you do not deserve a friend. Maybe he can’t speak but maybe he is still wanting friends. Bullies do not like him having friends because with friends they cannot pick on you because your friends stick up with you.
Now that’s enough autism talk.
Let’s go to bed now.