This is autism (Laura Paxton) 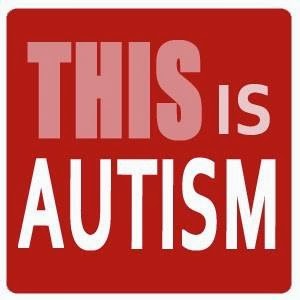 Autism has been historically portrayed as being a scary and detestable thing. Parents have been horrified to learn their children are autistic. Immediately, many begin to mourn their children's future, as though, just because their child has been labeled autistic, they will probably have no future.

An interesting thing has happened in recent years as autistic children have been growing up and as adults have begun to be diagnosed as well as children. We're discovering that having autism isn't half bad. We've actually started to like ourselves.

I am autistic. Although my life has been very difficult, I wouldn't have it any other way. I cannot drive due to related neurological issues. I have no ability to make spatial maps in my head, so I get lost getting to familiar places on a regular basis. Fire alarms and alarms from emergency vehicles send me into a panic attack state that can ruin hours of an afternoon while I attempt to regain balance. I can only handle dealing with one thing at a time aand I need to stay on one topic at a time in conversation, or I become easily overwhelmed. My emotional development has been very slow and will never be like others my age. Although it isn't obvious to many people, social situations are usually hard work for me that leave me feeling exhausted later. The chaos of a period of change and transition, like moving to a new home, can keep me in a constant state of being on the verge of emotional meltdown because I lose the physical bearings that orient me. So, I'm not going to say "This is autism. This is easy."

I will say, "This is autism. This is beauty," however. Here is why- Here are some traits and qualities common in autism that I never want to lose: loyalty, conscientiousness, honesty, sincerity, thoroughness. Also, being detail-oriented, being a natural non-conformist (although not by choice) and being comfortable and happy in solitude. I also like the emotional intensity that accompanies a lot of this for me, because I have to rely on using art and poetry to express it.

Organizations like Autism Speaks are still using scare tactics that make parents feel horrible about having autistic children. As a result, parents scurry about trying one quack cure after another, trying to "fix" their child. Autism Speaks also intimidates people into sending them money for a cure. Since autism is "hard-wired," just like intellectual handicaps, the only way to "fix" it is through genetic research. That is almost all the research Autism Speaks does and it will eventually lead only to identifying the genes for autism so that more of us will be aborted. In other words- Eugenics.

Autism Speaks isn't listening to us, although Autism Speaks claims to be our voice. Even though we have our own voice, they want to shout over it. Autism Speaks executives have high six figure salaries and practically spend more money on jet fuel than goes into their research programs. Don't let Autism Speaks scare you. There's no reason to be afraid of us.

Yes, I have to have help. I have home healthcare assistance several hours a week. I also have a self-employment grant that came from Vocational Rehabilitation. Because of having that help, I'm able to accomplish working towards fulfilling my potential, just as other people do. I am capable of so much more than I knew I could do.

I own my own publishing business and I am also co-director/president of a non-profit. I belong to a secular branch of a religious order. But, this blog isn't about my accomplishments. This blog is to say that having autism doesn't have to hold us back in life. Autism can even be a reason to succeed in life.

From a Christian point of view, is autism a "cross to bear" really? In some ways and on some days, it feels like it. But, more often these days, I view my autism as a great blessing. From a spiritual perspective, I've learned that being acutely aware of my weakness and relying on God to do what I cannot has helped strengthen me so that I can handle stress far more easily. I think I'm lucky that I have so many reminders that I need Him. But, above all, I'm grateful to be made the way I am.

This is autism. This is worth it.
Posted by This is Autism at 7:10 PM